You are here:
Announcements 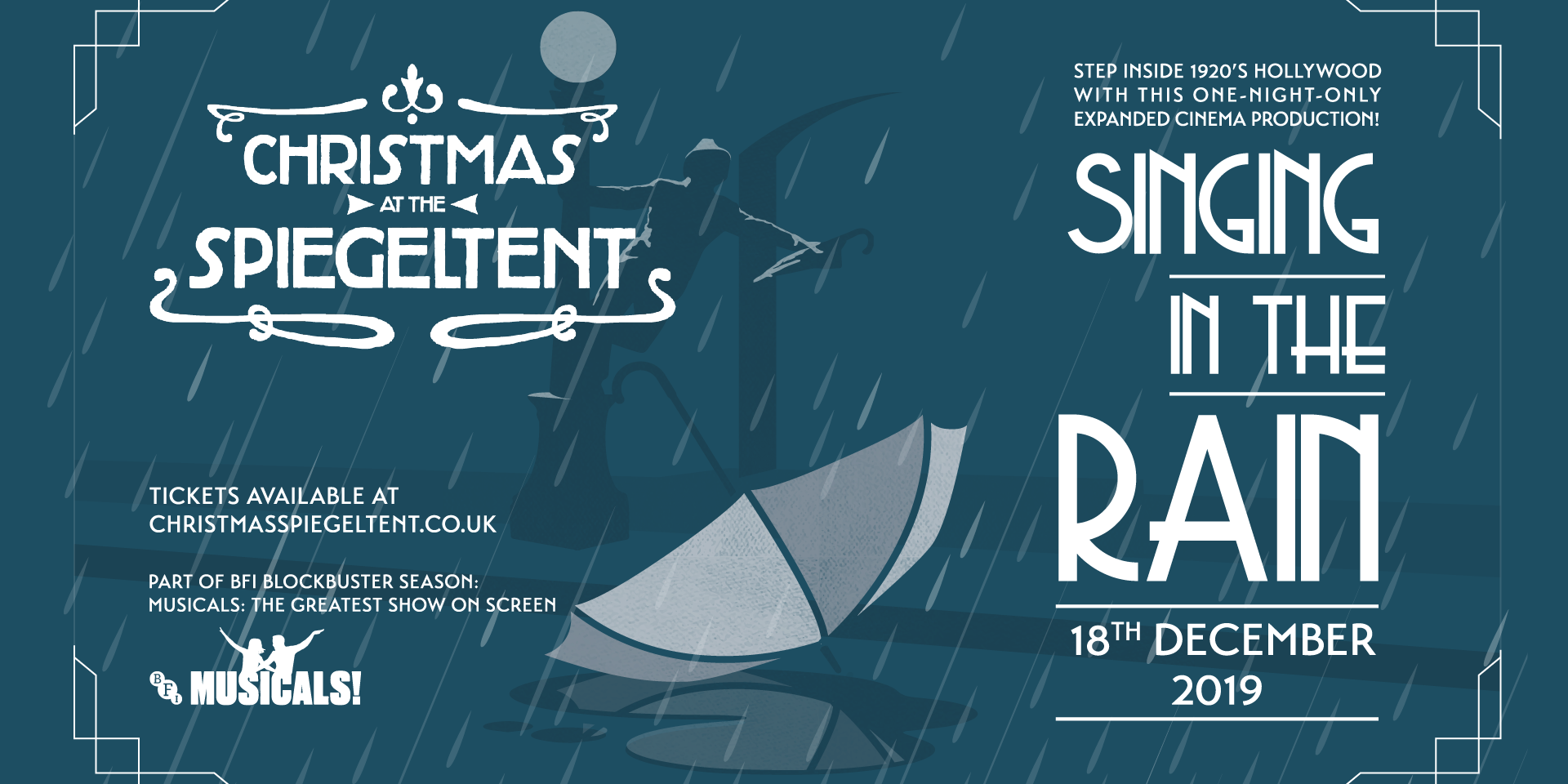 Take a step inside 1920’s Hollywood for one night only as Compass Presents returns with Singin’ in the Rain, an all-new cinematic experience, on Wednesday 18th December.

Following its hugely successful screening of The Life Aquatic aboard a Tall Ship, Compass Presents returns with a Spiegelent spectacular screening of the Hollywood classic Singin’ in The Rain. Together with projection mapping, light and live dance performances this promises to be a night at the movies you won’t forget.

Working alongside Compass Presents to make this show all the more special, are circus producers Cirque Bijou, dancers Tap Attack and projection mapping specialists Limbic Cinema. All of whom will work together to create a truly memorable showing of this silver screen classic.

The 1952 American musical rom-com, Singin’ in the Rain was directed and choreographed by Hollywood legend Gene Kelly and Stanley Donen and portrayed performers caught up in the transition from silent films into ‘talkies’.

Tickets for this screening are priced at £40 and includes a formal two course dinner before the screening. Doors open at 6:30 with dinner being served from 7:00pm. Tickets are available here – Liverpool event and Bristol event.

Compass Presents… Singin’ in the Rain is part of BFI Musicals! The Greatest Show on Screen, the UK’s greatest ever season celebrating the film musical, which will be singing and dancing its way into cinemas and venues across the UK from October 2019 through January 2020.

BFI Musicals! The Greatest Show on Screen will celebrate the joyful, emotional, shared experience of watching film musicals ; with the biggest stars, the most iconic scenes and the best-loved song and dance numbers back on the big screen. The season will include a UK-wide re-release of Singin’ in the Rain, back in selected cinemas from Friday 18 October.

Compass Present’s previous shows include the award winning ‘Caligari Experience’, sell out Wickerman romp ‘Equinox’ and Celluloid Sail – which in 2017 transformed a tall-ship into a touring cinematic spectacle with projection on ship sails and aerial circus in the ship’s rigging.

Patricia Kelly to Introduce Singin’ In The Rain
November 11, 2019

This site uses Akismet to reduce spam. Learn how your comment data is processed.